IS SIGN LANGUAGE THE NATURAL LANGUAGE OF THE DEAF CHILD? 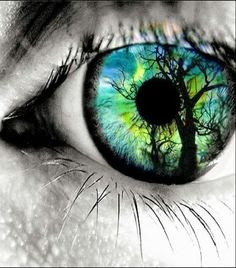 This blog series, What My Eyes Have Seen!, will be an ongoing series in an effort to share what my life’s journey has revealed to me through my research, experiences and exposures to the Deaf community, locally and around the world over the past 15+ years.  While the Deaf community in other countries do share many similarities to all others, there are also, at times, some major differences because of the majority culture surrounding them.

I will be the first to admit that my perspective has not yet attained perfection, as research always continues to unfold and I will be forever learning, but my current  perspective comes with years of experiencing the above and thus far it is what it is…because of What My Eyes Have Seen.

Is sign language the natural language of the deaf child?

This remains one of the most debated questions by so many and so many times by those without full knowledge of the topic allowing for inaccurate debate.

In an effort to help our understanding grow deeper, let’s dig a little deeper before I address this question, directly.

So what does “natural” mean?  According to Merriam-Webster:

: existing in nature and not made or caused by people
: coming from nature
: not having any extra substances or chemicals added
: not containing anything artificial

Research of many sign or manual (visual/gestural/on the body) languages around the world, points to the natural development of each.  Most utilizing gestures and space, in the beginning, to get a point across in order for Deaf folks to converse with one another within their own groups, naturally occurring over time.

As some sign languages continued to evolve from this initial foundational phase, they began to influence others especially during the Modern “Colonial Era” (1500 – 1900) by western European countries as they spread out over the world.  In addition, the signed languages and/or sign systems missionaries took with them to other countries have also impacted the cultures, as well as, the development of some countries’ signed languages. This is a fascinating topic for another post.

No doubt, ASL’s strongest roots come from France, but be assured Native American Indians and those living on Martha’s Vineyard, year’s ago, as well as, home signs developed by deaf children being raised by hearing parents have also shared their influence.  We often, mistakenly, limit our thinking of sign language to only American Sign Language.

The use of signed languages dates much farther back than America. There is documentation of sign language being utilized as far back as 5th century BC.  There are currently hundreds of different recognized sign languages around the globe and others that have yet to be discovered.

Deafness has been noted as an “ailment to be treated” since 1550 BC.  Deafness occurs in every culture on the planet.

God, Himself, mentions deafness, much earlier, in Exodus 4:11 when speaking to Moses, ” The Lord said to him, “Who gave human beings their mouths? Who makes them deaf or mute? Who gives them sight or makes them blind? Is it not I, the Lord?”
In addition, the wordless form of entertainment called pantomime–or mime for short–dates back to 800BC.  One must wonder if the observance of those who could communicate through signs, but not speak, lead to this form of entertainment and communication by hearing performers.

And do not forget, in Luke chapter 1, where Zechariah learns very quickly he must use signs to communicate to others after his ability to speak (it does not say he could not hear) was removed following his doubt of the angels’ prophecy concerning the future birth of his son, John (the Baptizer).

Now, just because a deaf child is born into a hearing family–and this is true more than 95% of the time–this does not mean the hearing family automatically begins to use gestures and mime to communicate with them.  In fact, the opposite is most often true and the deaf child will often be the instigator of “teaching” home signs to their hearing family members in an effort to get their needs and wants met.

For years, I have used the phrase “NO language” when describing deaf children and deaf adults (yes, I said deaf adults) in this world who have not yet been exposed to any formal signed language.  However, I was challenged by a ministry friend just this week as we chatted about deaf children and their natural language learning via “visual language” even prior to exposure to or training in a formal sign language.

She matter-of-factually responded to my dismay and delight of the quick Vietnamese Sign Language (VSL) acquisition of the deaf children, ages 8 – 14, I had visited with last month with, “Well, of course they did!”.  After only 6 months of formal training in VSL these deaf children were easily communicating with each other, their hearing teacher and even hearing foreigners using VSL and gesture. Naturally, some were more adept than others, but all were communicating remarkably well for just 6 months of formal exposure to VSL.

Even after I reiterated to her they had NO language prior to the VSL exposure this past November, she quickly countered, “Maybe no formal language, but they did have visual language learning from birth.  Light bulb…ON!!! This has been a reconfirmation for me that the learning of a manual language (sign language) IS the natural language for the deaf child.  Their visual world has been evolving since birth, actually even in utero, and needless to say when granted the opportunity to be trained in a formal visual language their already visually thinking brains are more than primed for it.
Deaf children ARE exposed to “visual language learning” from birth, if they are not both deaf and blind when born; just as hearing children being taught sign language reproduce those signs, with full comprehension, long before they can verbally speak them. 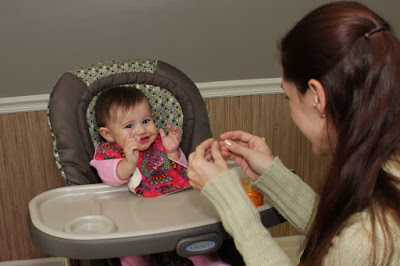 Of course, training a deaf child in a visual sign language IS natural, as they already have a strong foundation for visual language learning since birth.  This realization, for me, supersedes my previous thinking that many deaf children have “NO LANGUAGE”, but rather they have no”formal language” training, yet.

While information that is only visually received by our brains may be limited, at times, visual language and visual thinking are occurring and evolving from the moment a child is born, deaf or hearing.  That visual information is being received by the brain and impacting the brain in its development, making it “ready” for the learning of a formal sign language, in my opinion, even beyond the optimal age for learning a spoken language.


I believe this is one reason it is much easier for even a hearing baby to learn to mimic signs they see for expressing their wants/needs before they are able to verbally do so.

Deaf children really are not totally language deprived, ever, since they use their visual sense to absorb everything around them in their silent, but fully visual world.  Hence, learning a formal sign language becomes the natural progression for learning language for the deaf child and that gives them the foundation needed for learning to read and write English as their 2nd language.