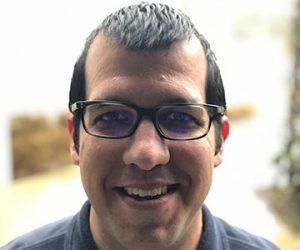 Jonathan has worked professionally as a Sign Language interpreter since the age of 18, yet with both parents being deaf he was acting in that role even as a teenager. He served alongside his parents and brother on the Mission field, having established a Church for the Deaf in Mexico. After graduating from High School while living in Mexico, he then moved to Tennessee to attend Tennessee Temple University. There, he met Michelle who later became his wife.

Upon graduating from college, Michelle & Jonathan began to work in a local church plant alongside friends they had met in college. They spent 12 years serving in various roles within the church while working in their respective roles as Sign language interpreters. Also during this time they had two boys (Jaiden, born in 2006 and Levi, born in 2009), each diagnosed as infants with Failure to Thrive requiring feeding tubes in their early years. It was during this time with Levi, their youngest child that they discovered what is a genetic disorder and were encouraged not to have any additional biological Children. Clearly, this was the perfect time to begin considering once again what they had discussed during their dating and engagement years- Adoption.

Three years later, and after many sovereign God appointments and provision, they traveled to Peru as a family of 4 and came home six weeks later with Edyn Grace as a family of 5. It was during the final months of 2013 as they prepared to go to Peru that God made it clear it was time for them to move to a new city, Little Rock, Arkansas. There, Jonathan became the Director of Interpreting for the Little Rock Sorenson VRS office. They found a church home with Fellowship Bible Church where Jonathan and Michelle interpret and serve together. At Fellowship they have been connected to dozens of foster & adoptive families who share in the joys and trials of adoption together.

Through Steve & Heather Farmer, Jonathan & Michelle were connected to Signs for Hope and have been able to attend (and interpret) several Empowered to Connect Conferences.